The Island of Mozia and the aperitif at Saline at sunset 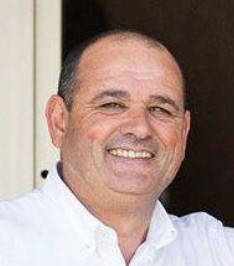 San Vito Lo Capo is located in the northernmost tip of the province of Trapani, in Sicily.

This is an area rich in natural beauty such as the beach of San Vito Lo Capo, the Zingaro Reserve and many, many other wonderful scenarios rich in history and culture that will guarantee you many things to do during your holiday week.

Sicily has been inhabited by different peoples, over the centuries, which have left a legacy of traditions, wonderful foods to eat, agricultural techniques, works of art in the open air such as the Segesta Theater or as Mozia (also called Mothia).

Mozia is an ancient Phoenician city located on the island of San Pantaleo, in the Stagnone of Marsala.

It was the base of the Phoenicians in the Mediterranean Sea for their commercial operations. According to Thucydides both Mozia and Palermo were built by the Phoenicians.

The excursion that I recommend today can be divided into "two parts".

In half a day in Mozia you can "get lost" among fascinating archaeological finds and a luxuriant nature.

It is a small strip of land, therefore easily accessible on foot, and surrounded by shallow waters.

It can be reached in a short time by ferry, directly from Marsala (the city of the homonymous wine is about 50 minutes by car from San Vito Lo Capo).

What to see and what to visit in Mozia

The island of Mozia can be explored on foot in about 2 hours.

Guided paths must be followed to reach the main points of interest.

Along the way you will also notice the presence of watchtowers: the eastern one in particular still retains the rectangular base and the access staircase and you will see the "Tophet", which designates the sacred area with an open-air sanctuary, and the "Cothon ", a small artificial basin of rectangular shape connected to the sea and opened by a canal.

At the end of the path there is the "Casermetta", the "Casa dei Mosaici" with two beautiful mosaics in white and black pebbles and finally the "Casa delle Anfore" behind the museum, in whose area, in the past, they have been found a large number of amphorae.

On the island of Mozia, a beautiful marble statue dating back to the 5th century BC was found in 1979. and known as “il Giovane" or “Il Giovinetto di Mozia".

It represents a male figure, perhaps a charioteer from the Greek school and may have been brought to the island by the Carthaginians after the sacking of Selinunte.

According to some it is a young man driving a chariot, according to other hypotheses it could be a god or a Punic magistrate.

The statue is in the Whithaker Museum of Mozia.

Timetables to visit the island of Mozia

Last but not least: visit the "Ettore Infersa" salt mill.

Here the salt is collected with the traditional method, unlike the other salt pans that have abandoned the mills.

In addition to assisting the production process, you can be part of it by wearing the appropriate rubber boots and collect the salt in the shallow water following the instructions of the professional salt workers.

Before returning to the hotel in San Vito Lo Capo or continuing to Marsala, stop at the Saline for the aperitif.

From here it will be possible to admire the enchanting panorama of the salt pans at sunset, in a pictorial mix of red and orange that will make the happiness of photography lovers and romantics happy.